A Brief History of the FBI 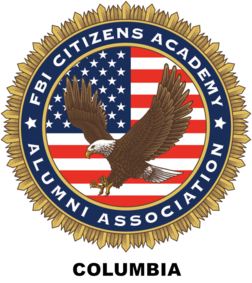 ​The FBI Columbia Citizens Academy Alumni Association (FBICCAAA) is a tax exempt 501-C-3 organization dedicated to supporting the mission of the local FBI offices in the state of South Carolina.​

​On June 29, 1908, Attorney General Charles J. Bonaparte ordered the creation of a special agent force in the Department of Justice. His order reassigned 23 investigators already employed by the Department and permanently hired eight more agents from the Treasury Department.The FBI, first known as the Bureau of Investigation, was created on July 26, 1908. Using Department of Justice expense funds, he hired thirty-four people, including some veterans of the Secret Service, to work for the new investigative agency. The bureau's first official task was visiting and making surveys of the houses of prostitution in preparation for enforcing the "White Slave Traffic Act" or Mann Act, passed on June 25, 1910.

In 1933, the BOI was linked to the Bureau of Prohibition and rechristened the Division of Investigation (DOI) before finally becoming an independent service within the Department of Justice in 1935, changing its name to the Federal Bureau of Investigation (FBI).

The first "Chief" (now known as "Director") of the FBI, at the time Bureau of Investigation, was Stanley Finch. Later J. Edgar Hoover served as the FBI Director from 1924 to 1972, a combined 48 years with the BOI, DOI, and FBI. He was chiefly responsible for creating the Scientific Crime Detection Laboratory, or the FBI Laboratory, which began in 1932, as part of his work to professionalize investigations. Hoover was substantially involved in most major cases and projects that the FBI handled during his tenure but was a highly controversial Bureau Director during his tenure. After Hoover's death, the Congress passed legislation that limited the tenure of future FBI Directors to ten years.

Melvin Purvis from Timmonsville, South Carolina, was one of the first and most high profile FBI agents in the early years of the organization, having lead manhunts that captured or killed famous criminals such as Baby Face Nelson, John Dillinger, and Pretty Boy Floyd. For more information on Melvin Purvis, watch SCETV’s G-Man: The Rise and Fall of Melvin Purvis.